If a country’s population is 1.38 billion, even if 0.0001 percent of them made beats that’s still over 130,000 potential new artists waiting to meet your ears…

Welcome to India. A literal hotbed of talent ready to be discovered by the rest of the world. But with such a vast amount of land to cover, where do you start?

“Everything is on Soundcloud,” brijplease informs us when we meet him on Zoom earlier this month. Not just a brilliantly sassy artist name, the Bombay 25-year-old (and an artist of multiple aliases himself) is one of the most prolific curators and champions of his country’s future talents. “People say it’s dying and it’s a shit platform and all that type of stuff but there’s still a strong community on there. I’ve still found so much beautiful Indian music on there. I’m still finding things every day.”

Brij Dalvi (AKA Three Oscillators AKA zzz) is a walking encyclopaedia of contemporary Indian electronic music. Even the shortest of exchanges with him is likely to leave you richer with new names, labels and sounds. Now, thanks to PAV4N’s 4NCY imprint, you can be richer, too, as Brij has just compiled and released emergence, a new VA series dedicated to the most exciting underground electronic music producers from India.

“There are so many people making kickass music, they deserve recognition,” says Brij who, like many people his age, got into electronic music through the great EDM boom of the early/mid 2010s.

“We started off making shitty big room and all wanted to be like Martin Garrix, basically,” he laughs. “Then I have to say that UKF was quite early on in that musical journey. Guys like Eptic, Skrillex, Borgore. That opened my eyes to a lot of life changing bass music. It’s very cool and quite crazy to be speaking to you now.”

Brij’s interest in India’s electronic music talent developed with his own production abilities. With his zzz alias he began to sample old Marathi pop culture songs his parents and grandparents played during his childhood, including the Doordarshan News TV theme. This fusion led to the formation of a collective in 2017 as Brij and like-minded spirits Hedrun, Ayush, Dolorblind, Moebius, Karan Kanchan, Chrms, and Cowboy & Sailor Man set up jwala, a platform dedicated to national talent.

“We wanted to profligate Indian talent because it felt like the same few established names were getting the attention and nobody else, we wanted to change that,” says Brij who met the fellow jwala founders at a cult Bombay event called REProduce that championed leftfield live electronic musicians. “We put together our first compilation and it was very successful. Sadly it doesn’t exist now because we didn’t pay for a pro account.”

The series did continue, though, and over the course of 2017/18 jwala was responsible for a whole series of fascinating playlists loaded with sounds from soul to lofi via house and hip-hop. They’re still live now and highly recommended.

“We’d explore the length and breadth of electronic music in the country,” says Brij. “We found some amazing music and had great feedback from people who told us that because of what we were doing they had the confidence to put their music out there. That was very fulfilling.”

jwala’s output has slowed down in the last year because every member of the collective has become a lot busier with their own creative endeavours. But Brij explains jwala release music when they want to, and the spirit lives on in his own activities, such as the multitude of playlists he’s curated under his lofi zzz alias.

“With the zzz alias I made 18 or 19 playlists, each with 10 tracks on and they didn’t repeat a single artist on those lists and all of those artists are from India, Pakistan and Bangladesh,” he explains. “So through zzz and jwala, and through my Twitch channels, I’m always searching for music and people send me a lot of tunes which I’d give feedback to. Through this we’ve created this mini community. It’s crazy how many people spring up and they are all making kickass music. There are 200 producers who you’d instantly be a fan of and then 400 more after that. It’s crazy.”

In fact the proliferation of artists on Brij’s radar, and in his community, has led to him keeping his brijplease alias strictly for curatorial activities like these playlists and his Emergence collection on 4NCY. But while the same MO exists – to champion homegrown talent – he’s now actively pushing it around the world.

“The international exposure happened last year when Covid hit,” says Brij who quit his job in marketing in 2019 and has been working full time in music ever since. “I knew gigs wouldn’t work for me, so I started to reach out to people making similar bass music across the world. Whatever Indian labels have come up with, they’ve not been able to reach much further than maybe a few BBC Introducing shows on the Asian Network. But the buck stops there. Because of PAV4N, 4NCY are able to make that bridge and reach out to guys like you.”

PAV4N’s 4NCY mission has already been documented on this site. Now it’s time to get to know the artists on emergence. Not before we get a little more background on Brij’s two musical aliases, though…

“If I was to describe my sound now it’s got glitchy elements and melodic elements, I want people to remember something once it’s over but I don’t want it to be overly complicated, if that makes sense?” asks Brij, neatly capturing the holy grail for any producer in the process.

Three Oscillators is where his musical adventure began years ago and, as the name suggests, it was once a trio. Since early 2020 the act is now just in the safe hands of Brij, it’s the name he DJs under and is a broad sonic church that’s expanding with every new dispatch. Expect everything from skittered, switchy, glitchy beats to sedated post-dubstep hazy bliss. His Disintegration EP on 4NCY is a great introduction and his Bandcamp is home to many gems, too.

“I got really into lofi around 2016,” Brij explains. “I live in the north of Bombay but worked in the south when I had a job writing festival articles. I had to take the local train, it’s very crowded and stressful. I’d have my headphones and I started listening to lofi. That shit calmed me down.”

It also led to a whole new perspective as a producer as Brij began to experiment with samples from his youth and Maharashtra culture. “I just went back to my childhood for inspiration and sampled Hindi songs and Hindi pop songs. I put it on Soundcloud with no expectations but people picked up on it.”

Both Brij’s Three Oscillators and zzz Soundcloud pages are galaxies unto themselves and worth taking the time to explore. But first, he wants the world to hear emergence. “I didn’t want to put my own music on there,” he explains. “There’s too much kickass music for me to highlight. This is only the beginning…”

Read on for brijplease’s guide to each artist on the emergence compilation. Out now on 4NCY…

“This guy is a prodigy! Rishi’s been a friend for a while now. We met in 2018. Check his Soundcloud and also his Spotify – he’s gone into the hip-hop space and does a lot with Yashraj. I once went to his house and he told me he had 10 albums he could release now if he wanted to. He’s a machine, he seems to get ideas in seconds and all his ideas are amazing. He had to be on this compilation. I told him to give me a track, any track, and Sunrise is a lovely lofi track, a perfect start to the compilation.”

“Gaya is a producer who started off as a singer, we’ve released music of hers in jwala in an all-women compilation. Her production is mind-blowing. It’s next level. She went to The Netherlands to study sound engineering and she’s back producing music and making music for other singers, she’s another prodigy. Just so amazing and I needed her on the compilation.”

“So back when I was just a fan of this music, around 2013-15, I discovered an artist called Sandunes, that’s when I really started to explore the Indian music scene and so many heavenly producers. Through her I found Corridors and his song April Flows, which is just amazing and sounds like a lullaby. But he was actually first in a metal band called Colossal Figures and has been a session drummer for many other bands. He now runs a studio in Delhi called Powerhouse Studios and he produces for singers and bands and he’s an amazing producer.”

Sowmya is originally from Bangalore and I got to know her through this amazing producer called Robu who studies with her at Point Blank. He’s also recommended; his music is another trip. So through him I got to know her and she was a regular on my Twitch stream. There aren’t many women making electronic music over here so I found it so refreshing to hear her music and she’s a fucking great DJ, too. Everything I’ve heard from her is fresh and unlike anything I’ve ever heard.”

“Kush and I have not met yet, but we’ve spoken online but I love his music so much. He’s from Gurgaon. I found his music on Soundcloud and he’s essentially a bass music producer but this track on the compilation is very different to what he’s put out so far. When he sent it to me I said, ‘Yo this is amazing this reminds me of Burial.’ He said, ‘Who’s burial?’ I thought it was crazy that he’d made the same sound without any of those reference points. He’s been getting a lot of clout internationally now as Baauer has picked up on his and become a fan. I’m glad people are getting heads around the fact there’s amazing music being made and played here.”

“B3ats Infinity are a duo here in Bombay, so is Wroc who’s a part of a label called Welupt Records which features crazy talents like Diffshock. They combine a lot of spiritual and tribal sounds on their label and have amazing graphics from this guy Noiz X who’s damn near genius. All these guys got together and make kickass music. Beats Infinity put out a full length album called Altair, which is essential checking.”

“Aeon Waves’ name is Kanishk, he’s moved to Hyderabad and we’ve known each other for years now. He’s one of the hardest working producers in the country. He used to owkr in a studio which made music for regional shows. He has so much unreleased music that’s so top notch. He makes liquid stuff, neuro stuff, you can expect to hear a lot more from him in the future.”

“UKato is from the same city as KRMA and has been on Soundcloud for a while now. I think he started with big room but he’s switched to neuro D&B and had a bunch of big releases and remixed Graves and Zeke beats. He’s so consistent with his production and I don’t think anyone in India has reached his levels of sound design. His mixdowns are so heavy and sound design is amazing. He’s a very talented artist and, again, you’ll be hearing more of his name in the future for sure.”

brijplease presents emergence is out now on 4NCY 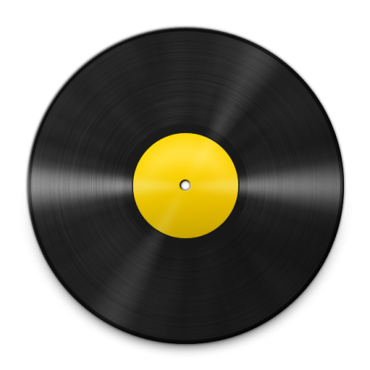 We are an independent, non-profit, online radio Broadcasting 24/7 live from Toronto, UK, New York, Los Angeles and beyond

Who The Hell Are CLIQUES?

In Conversation with High Contrast & Bou